The agenda of political parties out of the student!

Whenever any election in the country declared of the rings, so the political parties set their agenda to take। The dearness of a target is no unemployment. The end of the country's declaration of a person asking for the test are prepared. Woo these voters after the Manifesto to Khomche is sold. The last several years getting ready to talk openly in front of a Manifesto that has come to rule whether more than half a century or two seats for the Congress ahead and support the country's largest Panchayat to take over the Bharatiya Janata Party, a political party In its manifesto for the school children do not have anything special. Is surprising that so many of the country when Naunihal Attarh of age are able to, they also do not these politicians are badly needed, but in the dust of the Ata Shlane childhood is not time to any politician. We say this in some kind of experience do not hesitate to give, since these children have the right to vote, so politicians on the obligation to make eye is not understood. Ignore the political criminal the school administration across the country to protect children from Intjamat are kept pulling his hands. Every one in private school in the name of infrastructure development Biildng, library, games, computers, etc. Social Aktivitij not be so fat items in the fees are charged. On one side where Dhrtrashtr role of government administration in the school administration's role in Durdant criminal Dawood Avibavkon from fees collected in the name of Chauth is. If a survey of schools in the country, then got Panchanve per cent in schools will meet the fire fighting measures Ndart. Recently, a large and Delhi's alleged Srwsuvidhayukt 17 Vsi Z or in school after the death of design Bhatia Cheti or school administration, not the government. Basant Bihar Mardn school student said to the surface on the first floor became Prathamikopchar room was taken, the hospital where he takes his time, died Duryog. Not only the capital of Muniispl Corporation of Delhi (MCD) of a school student's death from illness Snno to talk to his duties as the school has Itisri. Snno's parents say their daughter's death from the disease, but not too much was due to a teacher. Snno the voice of parents Nkkarkhane of the Tuti is proving to be. Have to remember, in the seventies Purward to each school in the health camps were organized. Every school child's health to the test used to be the moral responsibility of the administration. Teacher in the sacramental part of growing used to climb. Since that time posted in each district the district magistrate (district Mejistret) with this kind of personal interest to ensure that the camp used to. Today's school like this certainly will be exceptions exist where the nature of students falling ill on the appropriate first aid can be provided. Is surprising that so many of today's teachers like her half of my class day are spent with the children, their students about the effect of illness or do not know. The meaning is clear, in this age are becoming a professional teacher. Today, like so many schools, which are related to the disease in those who read the records must be kept? Admission to the school to the parents during the W to Z Aksi roar from the school management by a long form Brwaa are wide, ranging from blood type which come to the site and what information is incorporated. The question of what the record is kept updated? Clearly the answer will be negative. In fact, our system whether it be public or expensive or cheap or middle school, all have been insensitive. Fat fees to recover these schools as a major hobby is left. Today, every one mode to get the nursery is open to primary school. Some schools in the central principals of the dictatorship of the child, about half kilometer away from the main entrance ten kg bag Ladkr are walking on foot, because the principals in the premises of the auto rickshaw, or do not like to come. Apparently if the school almost every country of the straight violation of human rights will be found. Today the need of the country's politicians Bagyvidhata this August to see the need, because they also Warisan any of these in primary school education or are going to be.

JD and family in the politics of compassionate appointment!

New Delhi। The country's two major political parties Congress and BJP, these days the family and the support of compassionate appointment are running. In a compassionate way Congress appointed on the lines of the young plant is coming forward, the BJP on the other side of the new breed of family suit manure is building up from the water. In the Congress after Rajiv Gandhi, Rahul Gandhi, Scindia after Jyotiraditya Madhavrao Scindia, in addition to Priya Dutt, Sachin Pilot, jatin Prasad, Navin Jindal, and in politics the same way was the way Pdarpn government employee after his death to the heir of the grace appointment is given. All these politicians Nvodit his father sitting on the politics of the spaces are. Vijaya Raje Scindia in the BJP on the other hand, at the time of his sister-in-law and daughters Vasundhara and Yashodhara Maya Singh took a surprise stove leave the field of politics. In addition, Maya's husband Dyanendra Singh Singh became MLA. Jalvadh MP son Dushyant Singh Vasundhara addition to being used and do not have any merit. Jaswant Singh's son Manvendra Singh, adopted son of the beautiful red Ptwa Ptwa Surendra, Long live the Kelas Deepak Joshi Joshi, the son of Kailash Sarang sarang believe, Virender Sklecha Kuldipak of Om Prakash, son of Lakshmi Narayan Pandey Rajendra Pandey, etc. are among the major Udharnon, who has brought the family. Alhda that the BJP's top leaders in the Rajnath Singh, Naidu Vankya, Atal Bihari Bajpai, Shnwaj Hussain, Sushma Swaraj, Arun Jaitley, Rajiv Pratap Rudi, Ravi Shankar Prasad, Muktar Abbas Naqvi, etc., like the top leader, whose family history and father or husband's name very few people know. 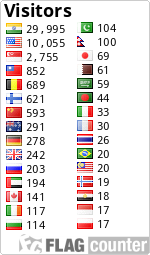